The spiral model is a risk oriented model that breaks a software project up into mini projects. Each mini-project addresses one or more major risks until al the major risks have been addressed.
Risks refers to factors like

After all the risks have been addressed, the waterfall model terminates as a waterfall lifecycle would.

The spiral model is also called as the ‘cinnamon roll’ model. 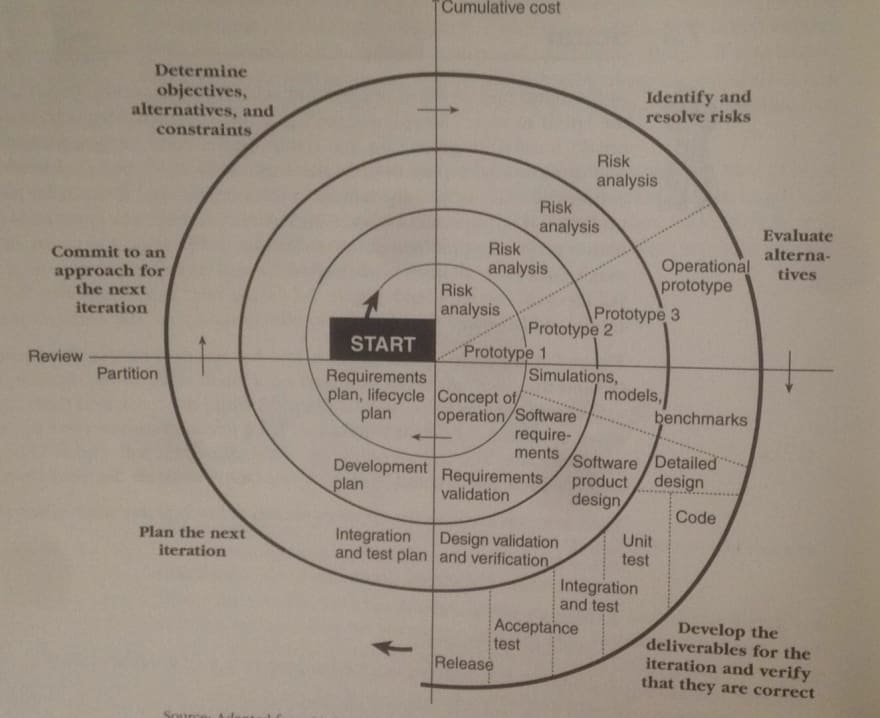 the basic idea about the diagram is that you start on a small scale in the middle of the spine, explore the risks make a plan to handle the risks, and then commit to an approach for the next iteration.

Each iteration moves the project into a larger scale. You roll up one layer of the cinnamon roll, check to be sure that it’s what’s you wanted., and then you begin work for the next layer.

Each iteration involves the six steps below

You can tailor the iterations of the model as per your requirements and the needs of the project.