Open Source, my experience till now.

What is open source? As per this Wikipedia Page this is the definition of open … Read more Open Source, my experience till now.


What is open source?

As per this Wikipedia Page this is the definition of open source.

Open-source software is computer software that is released under a license in which the copyright holder grants users the rights to use, study, change, and distribute the software and its source code to anyone and for any purpose. Open-source software may be developed in a collaborative public manner.

Open Source software are basically computer software that have their code open to the public.

These software usually allow users to study, improve, change and redistribute the code to everyone.

Or I may say open source is code that is designed to be publicly accessible.

Is it for people other than programmers?

“There is no gatekeeping in Open Source, this fosters a real sense of collaboration, communication and career development”

Open Source is not about code it is about collaboration and adding value. Every year a lot of no-code contributors join open source and this count increases every year.

At the end of the day what matter’s the most is how you can add value to a project.

The increase of no-code roles in #opensource python community 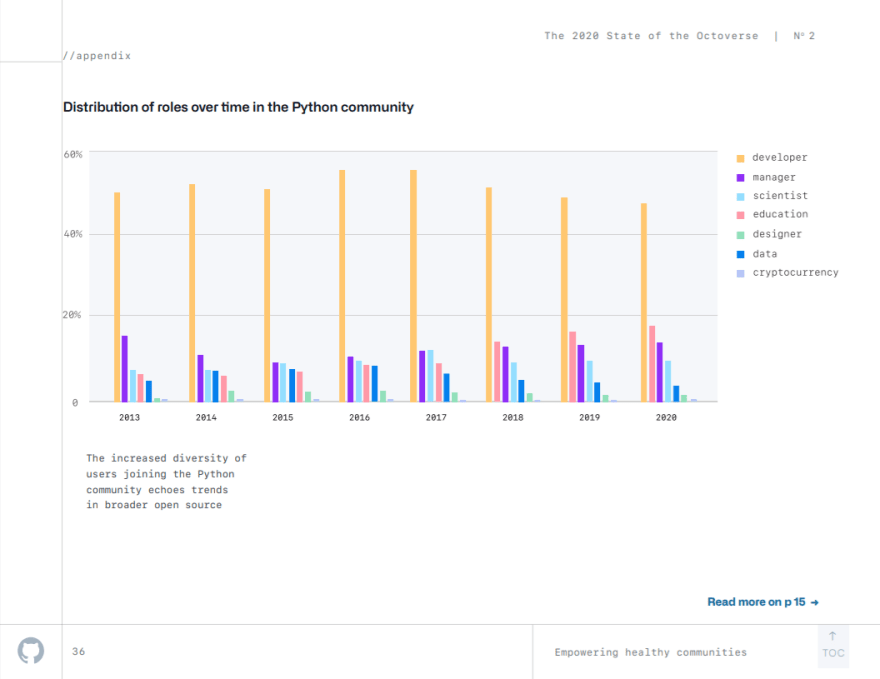 Why should you open source?

By contributing to open source you get the real world experience you need. It can accelerate your skills! This can be a treat for you, but even if you have a good amount of experience, more never hurts.

With open source, you can grow your soft skills like collaboration, public speaking, team work and a lot more. I would personally recommend you the “Commit Your Code Community” by @dthompsondev
.

Companies might notice your contributions and offer you a job.

It’s a fact that companies that run many open source projects, even recruit noticeable contributors.

For instance, if you learnt a new programming language, you can contribute to a project using that language.

You can even learn a technology while contributing to projects. A great example in my PR to Appwrite, where learn a lot about Appwrite then wrote a article on Appwrite.

I’ve been contributing to open source from earlier this month. I’ve contributed to 31 Repos, made 196 commits and 59 PRs. With almost no projects of self at all.

When contributing to Open Source it is just like working with a team. A team that includes millions of members and you working together. 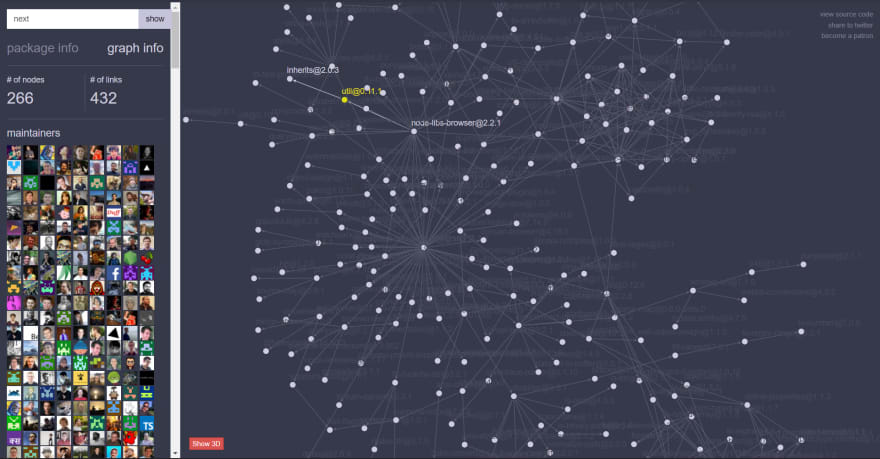 Open Source is like collaborating with people across the globe for a specific feature/bug/documentation update or more.

I would recommend you to consider all contributions as contributions. Some people think no-code contributions are inferior but they aren’t. At the end of the day what matters the most is the value being added to projects.

Don’t run after contributions, run after adding value. That’s what I did and recommend you.

I’d like to talk about some of my contributions that relate to this. This is about the popular Linkfree project, While others were making multiple pull requests, I was adding value to their PRs instead of creating my own PRs. I hardly made 2 PRs that too fixing typos. I didn’t even made a PR to add my own profile yet. But still I made contributions. Today, GitHub recognises me as one of the Top 5 Contributors of this month. 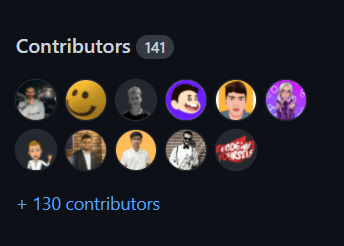 This completely proves that adding value matters not how much or how.

I made my GitHub Account at 30th September, exactly the day I turned 13. Hacktoberfest was a day ahead. What makes sense for me is to make pull requests to practice Hacktoberfest.

My first PR is proudly to EddieHubCommunity/Hacktoberfest-Practice. I just added my name. But still, what matters is that I learnt how to use github.

You can also visit your first pr via this website: https://firstpr.me

The most challenging issue I worked on.

This was my first time building a complete project as a contribution. I proudly contributed to Web3Community/devprotocol.xyz.

Yeah, all of this was broken down into 4-6 PRs, since it’s a protip to make frequent but small and quality PRs rather than Big and huge prs.

I learned how to work with Astro and Tailwindcss.

This was my first time automating with GitHub Actions.

I learnt a lot of technologies along the go. This also tells us that you can contribute to project while learning what the project uses.

I am currently learning front-end dev, so I have really little idea about backend. I encountered a project called Appwrite. It has a lot of features that can reduce my effort while building backends. My favourite one is Authentication and Teams.

Appwrite is a self-hosted solution that provides developers with a set of easy-to-use and integrate REST APIs to manage their core backend needs.

Think of Appwrite as a complete toolkit of APIs and Tools with a management console UI to help you make application faster and more efficiently.

When It comes to no-code. The best you could out from someone is a one that contributes to no-code on a regular basis. That’s what I do too. I don’t target no-code contributions but somehow these come in front of me and I contribute to them.

As I stated their are infinite possibilities for no-code contributions, I would state a few here:

I recently contributed to writing documentation for a discord bot.

Here’s the what I did and how I did:

Issues: Reported Suggestions/Bugs or the project

Commit: A change in the files of the code

Pull Request: A request to accept a small collection of commits by a contributor

Tags: A collection of commits, something like a release

Where do I start?

EddieHub a Open Source community aimed at encouraging and promoting communication, best practices and technical expertise in an inclusive and welcoming environment is what I recommend you, created by the lord of open source, @eddiejaoude
.

Who would help you step up in your open source journey every step!

If you ever need any help. Feel free to ping me, ie Krish Gupta#6241 on EddieHub’s discord: http://discord.eddiehub.org

The crown jewel of our festivities this month is the LIVE Hashnode Open Source Symposium, a live online conference that takes place on Thursday, October 14.
— Hashnode

Really awesome people like @bdougieyo
are gonna be their, so miss at your own risk.

The event is going to have really interesting workshops like making an impact as an OSS developer, how to make your content searchable and How to contribute to open source as a newbie without annoying the maintainers

Projects to make your first contrib!