So, I have ChatChannel to get update, if there has a new room chat.

That it’s for the backend.

For the frontend, I’m trying with React Native, I searched for a package to help me to connect with ActionCable and I founded react-actioncable-provider. I tried to install the package and it’s always end with error, I check from the github repository, someone said that the package is not maintained anymore. So, I go to the second package and it was react-native-action-cable. After I installed, I tried to follow the documentation. But when I tried to connect and received data it wasn’t working. Here is my code in frontend :

I tried it using Rails Console to broadcast a Chat : 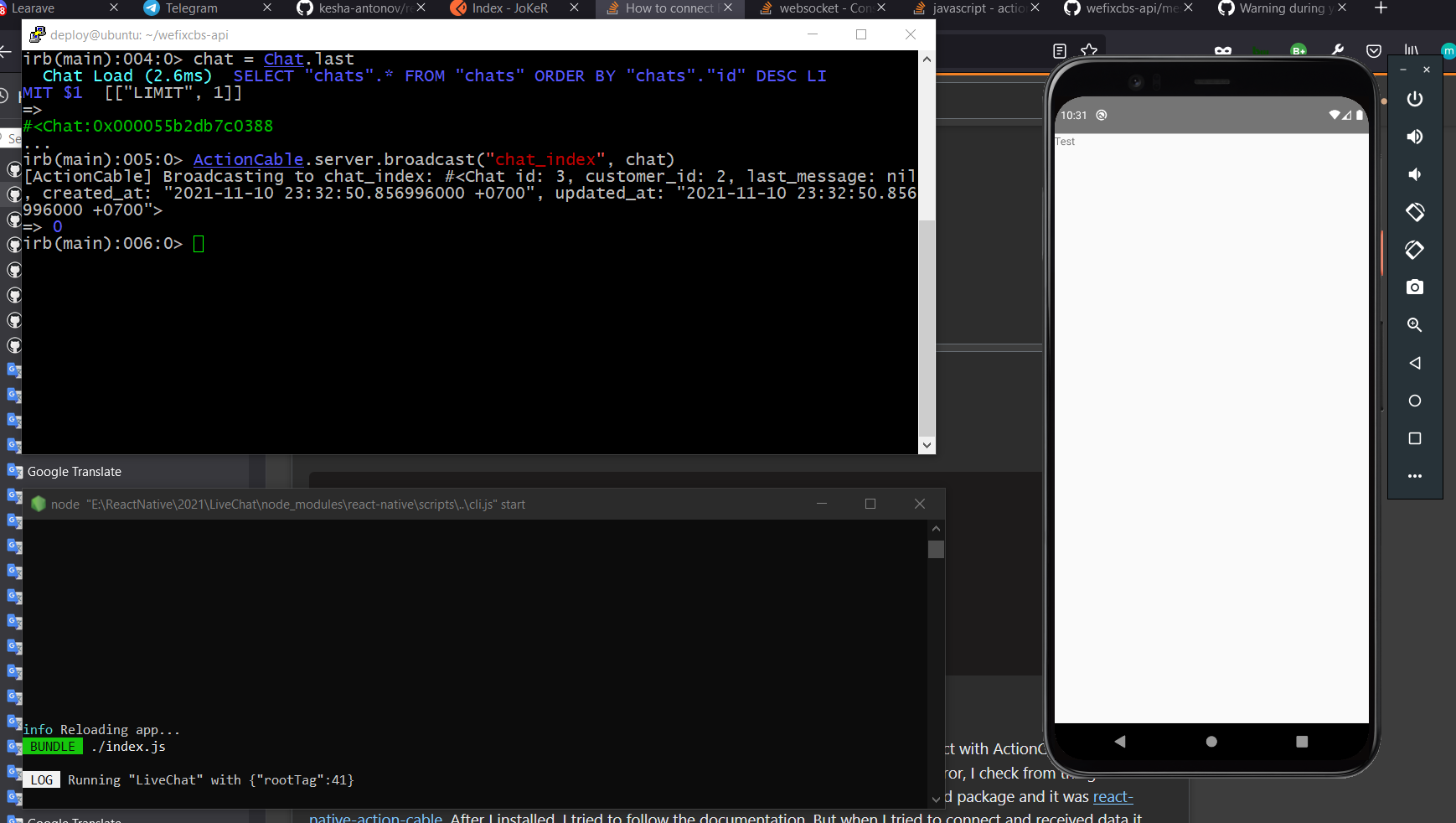