Facebook invests in subsea cables as part of our continued efforts to build the infrastructure that carries internet traffic and helps bring more people online to a faster internet. Today, we are thrilled to announce, along with regional and global partners, a new segment of subsea cable called 2Africa Pearls, which connects three continents — Africa, Europe, and Asia. This extension will bring the total length of the 2Africa cable system to more than 45,000 kilometers, making it the longest subsea cable system ever deployed. 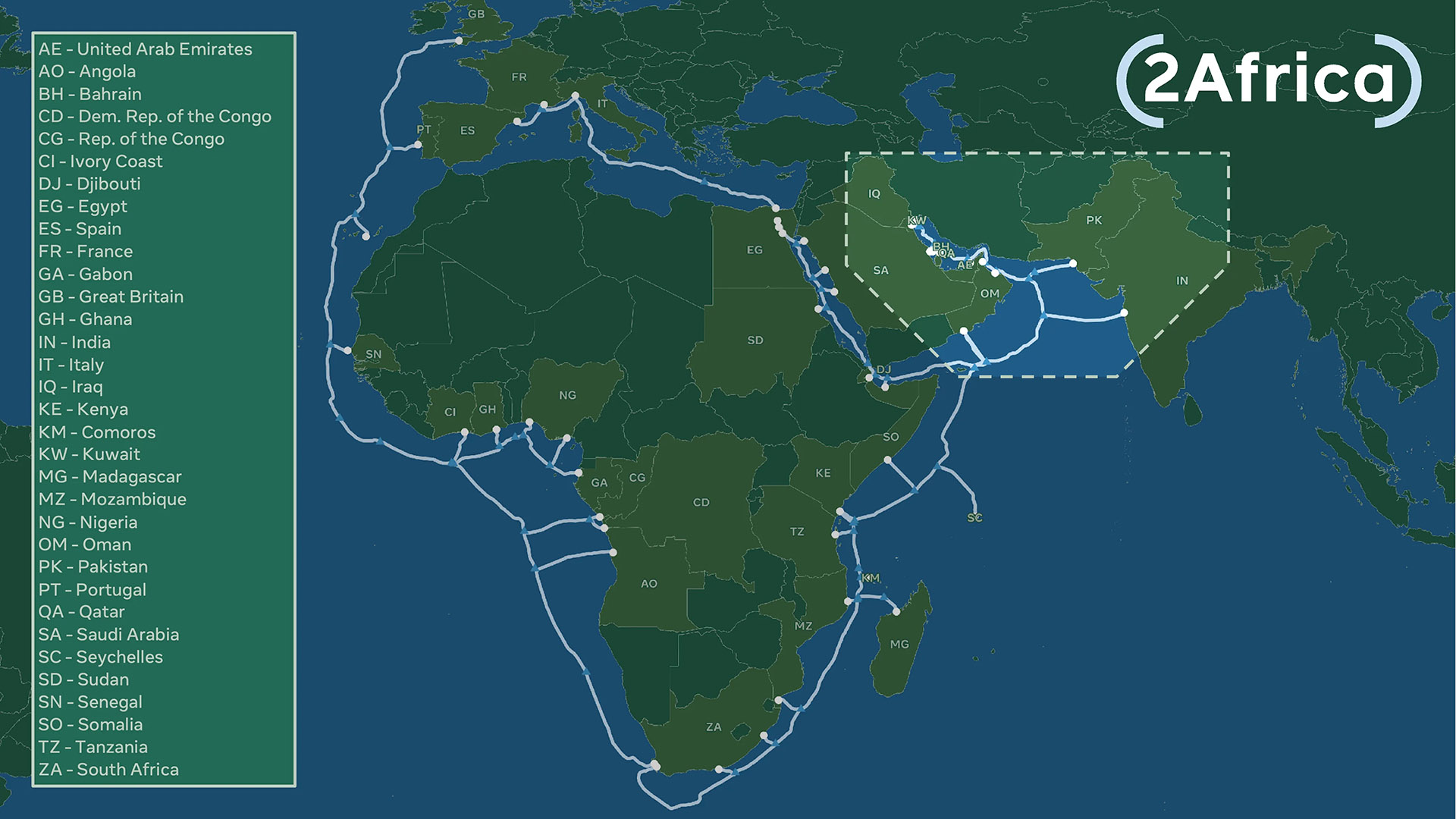 Currently, Africa is the least connected continent, with only a quarter of its 1.3 billion people connected to the internet. For this reason, we announced in 2020 that we were building upon our investments in expanding internet infrastructure in Africa through the 2Africa subsea cable. The 2Africa subsea cable system will provide nearly three times the total network capacity of all the subsea cables serving Africa today.

With 2Africa, we had planned to increase connectivity to 1.2 billion people. With the addition of Pearls, the system will provide connectivity to an additional 1.8 billion people, totaling 3 billion people, or about 36 percent of the global population. The 2Africa Pearls branch adds several new landing locations in Oman, UAE, Qatar, Bahrain, Kuwait, Iraq, Pakistan, India, and Saudi Arabia. In its entirety, 2Africa will significantly increase connectivity within Africa and better connect Africa to the rest of the world, as it will ultimately interconnect 33 countries in Africa, the Middle East, and Europe.

The past 18 months have highlighted the importance of connectivity as billions of people around the world rely on the internet to work, attend school, and stay connected to people they care about. We continue to invest in subsea cables in Africa and beyond as communities and businesses flourish when there is widely-accessible internet. Facebook is continuing to build innovative solutions such as these critical fiber optic superhighways so that everyone can benefit from the economic, educational, and social advantages of a digitally connected world.