Beyond Bash: 9 Lesser-Known Linux Shells and Their Capabilities


A Shell provides an interface to Linux and Unix-like systems by interpreting commands and acts as an intermediary between the user and the core workings of the operating system.

Undoubtedly, the bash shell is the most popular one, and some users prefer other shells like ZSH, which is the default shell in macOS. But many shells exist other than these popular ones, with different features and use cases.

In this article, we will take a look at some less popular shells that are actively maintained and provide a different user experience.

When talking about shells other than bash/zsh, the first name coming to our mind is the fish shell.

Fish is available in the official repos of almost all Linux distributions. In Ubuntu, you can install it by:

The version in the Ubuntu repos is a bit old. If you want to install the latest version, you can use the official PPA provided by the team.

Nushell is a new type of shell that works in Linux, macOS, Windows, BSD, etc. Nu, as it’s also called, it takes its philosophy and inspiration from projects like PowerShell, functional programming languages, and modern CLI tools.

If you’re on Ubuntu, you won’t find an apt repository to install Nushell. But you can build it by installing the required dependencies, as per its instructions on GitHub.

Fortunately, there is a way to install it on any distro using Homebrew. You can refer to our tutorial on installing and using Homebrew Package Manager on Linux.

Once you successfully set it up on Linux, you need to type in the following command to install Nushell:

Head to its official website to explore more installation options.

The project’s creator describes Dune as a shell by the beach. Dune is a fast, useful and pretty shell, offering a few niche metaprogramming features such as quoting. 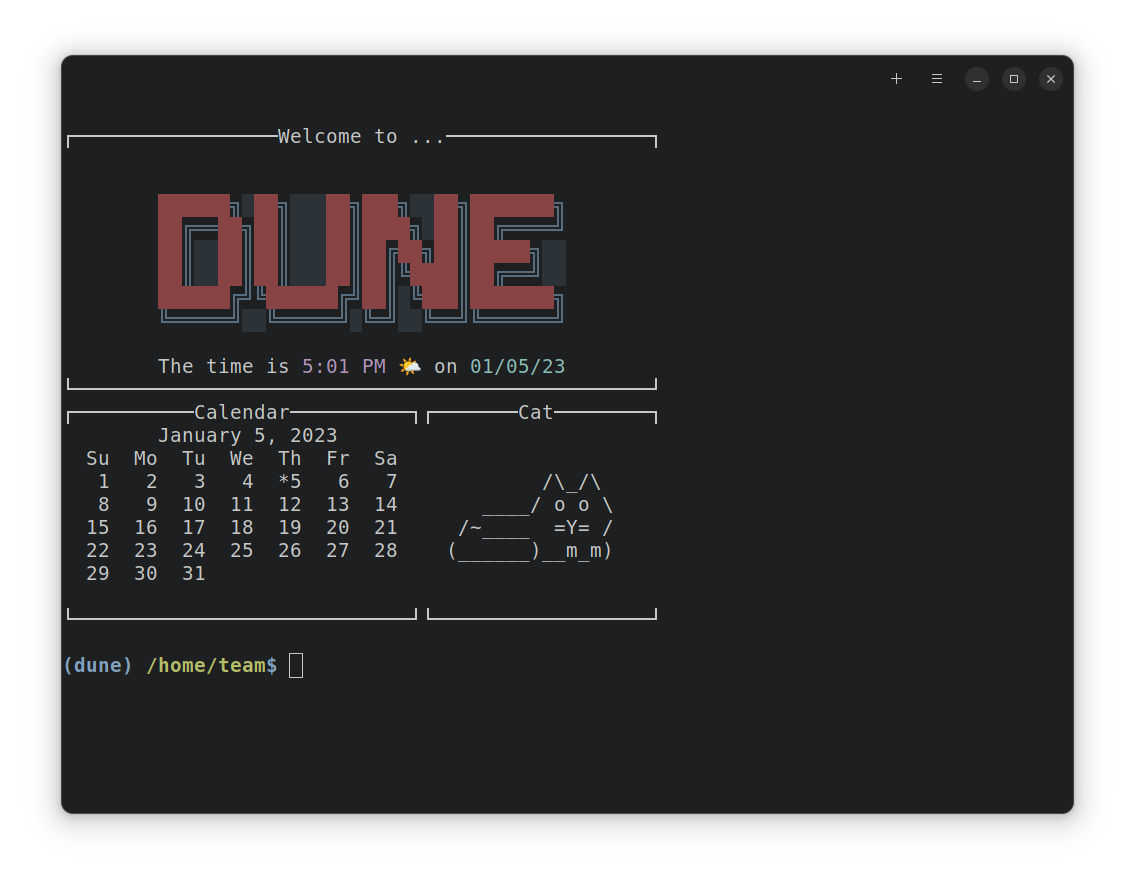 Dune shell is available in the Arch Linux repository as dunesh.

Once installed, you can access the shell by entering the following:

Xonsh is a Python-powered, cross-platform shell and command prompt. It combines Python and bash shell so that you can run Python commands directly in the shell. You can even combine Python and shell commands. 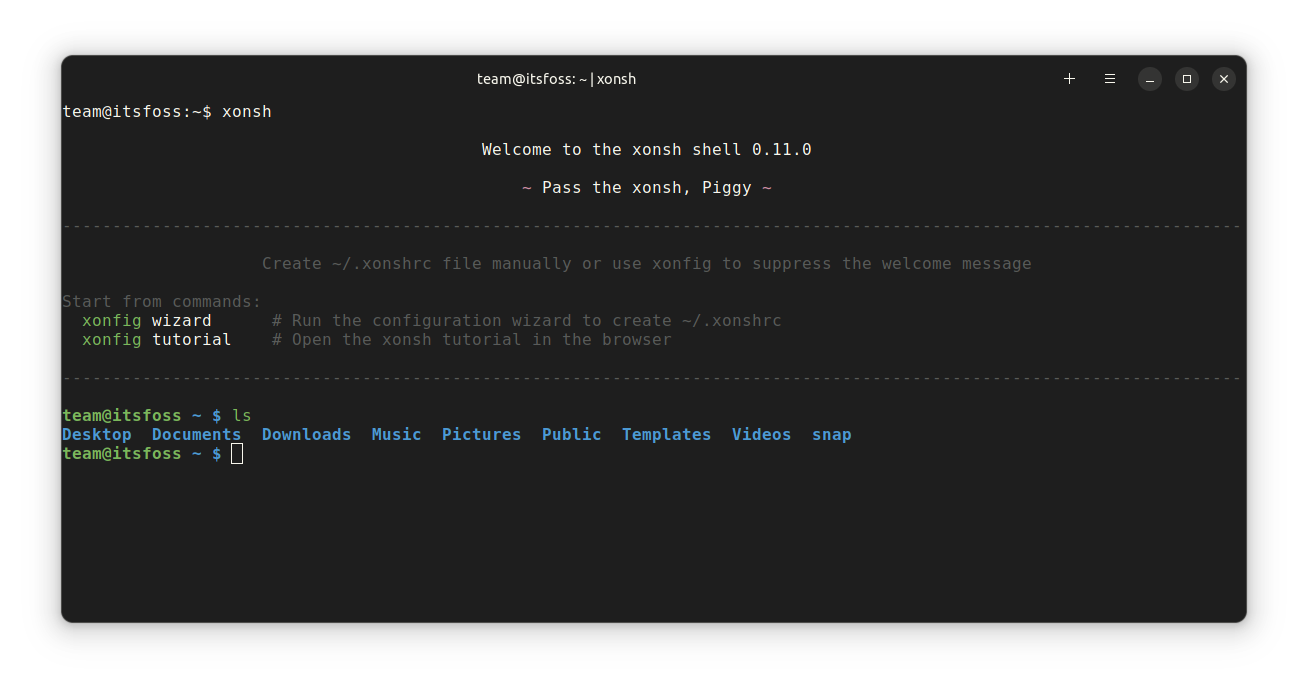 Xonsh ShellWe had a separate article on Xonsh if you are curious to learn more:

Xonsh is available in the repos of many Linux distributions like Ubuntu, Fedora, etc. So, to install it on Ubuntu, run:

Xonsh also provides an AppImage package, which can be downloaded from their download page. You may refer to our AppImage guide if you are new to the file format.

Hilbish is an extensible shell that is very customizable via the Lua programming language. The shell is aimed at both casual users and power users.

Hilbish is not available in the package repositories of Ubuntu. So, you will be building it from the source.

To install it, you need Go and task installed.

Once the dependencies are installed, run the following commands to install Hilbish shell:

If you want a stable branch, run these commands:

Elvish is an expressive programming language and a versatile interactive shell. It runs on Linux, Mac, and Windows. Even if v1.0 has not been released, it is already suitable for most daily interactive use. 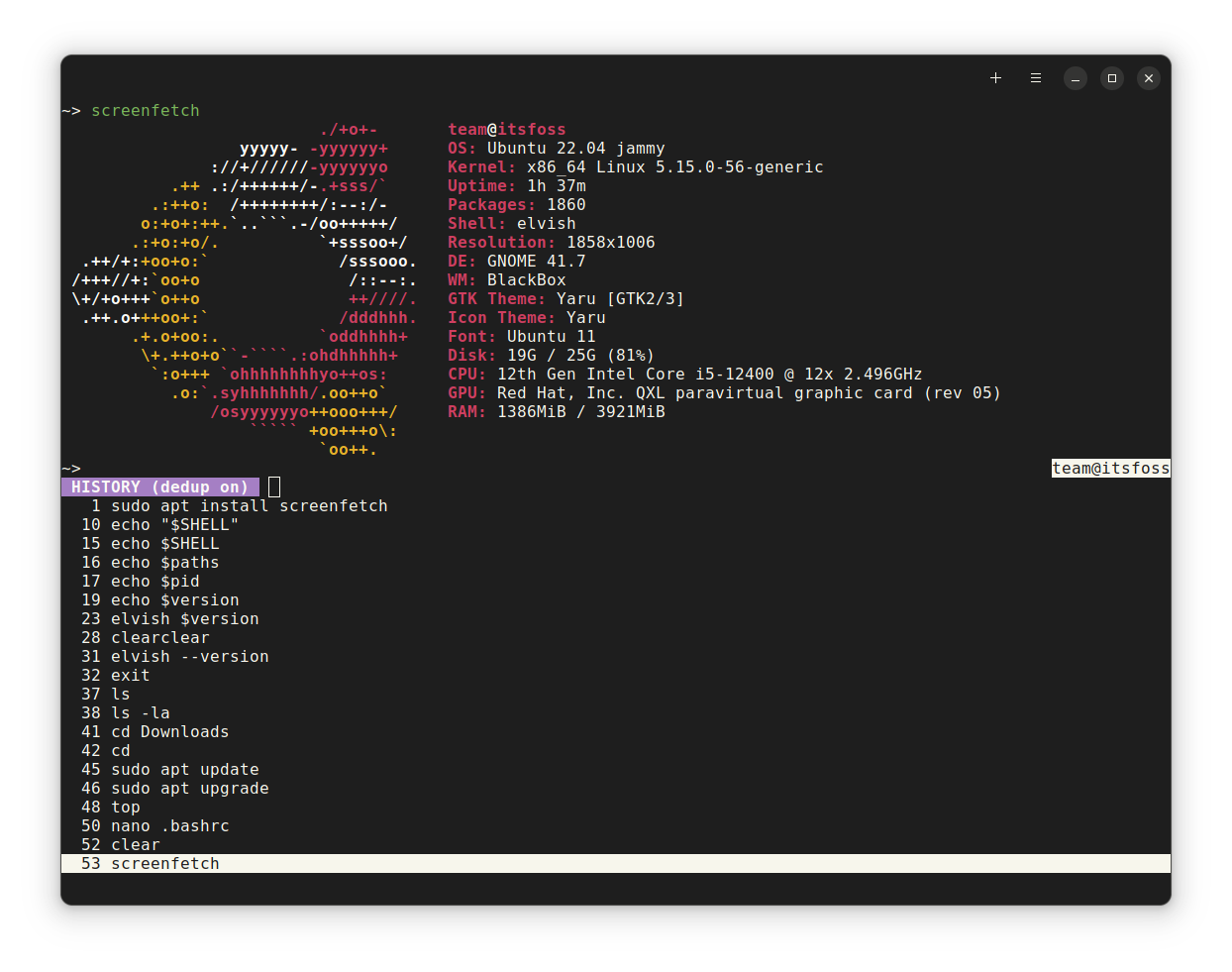 Elvish shell is available in Ubuntu and Arch Linux package managers. So to install it, open a terminal and run:

According to its developers, Oh is a reimagining of the Unix shell.

It aims to become a more powerful and robust replacement to modern options while respecting the conventions established by the Unix shell over the last half-century. 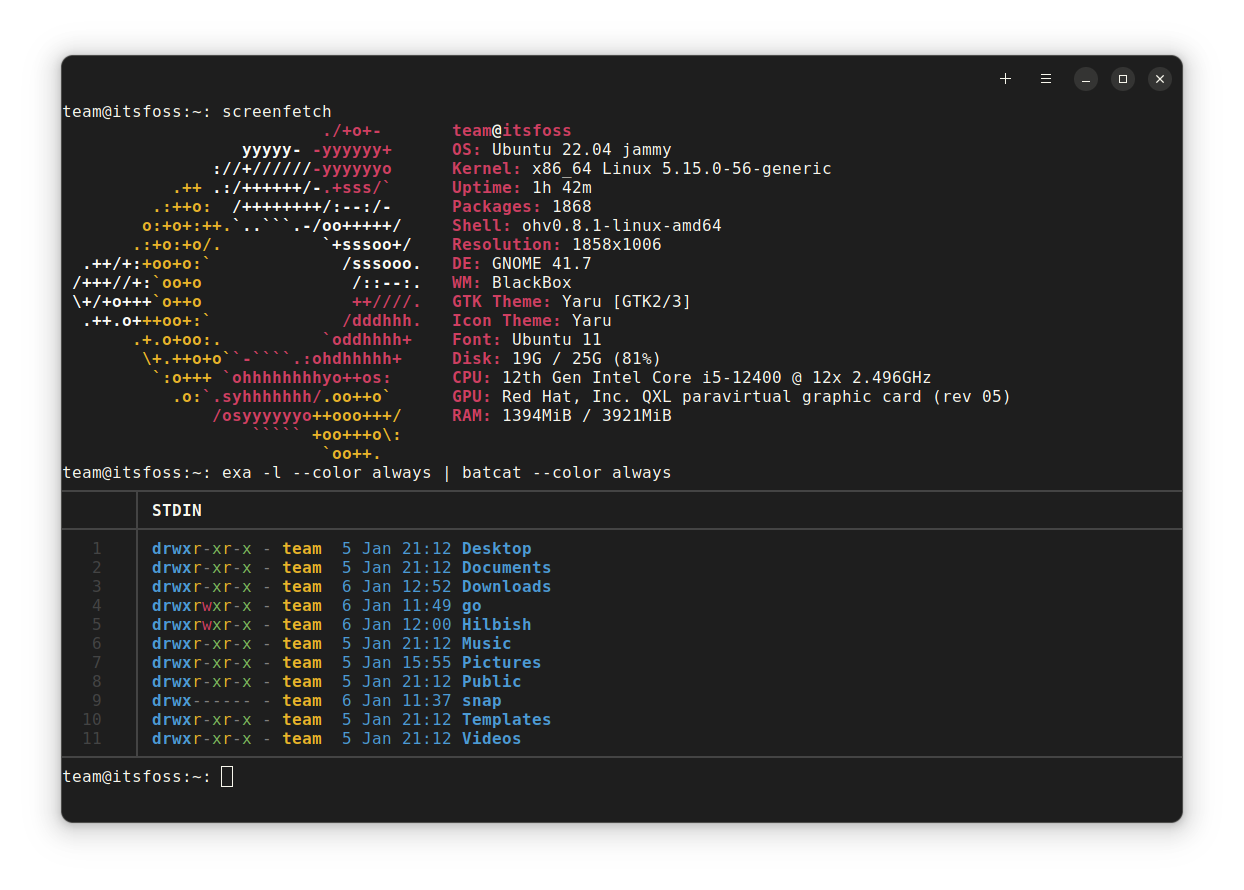 Oh provides a pre-compiled binary. You need to download it from their official GitHub page.

You need to give execution permission to the file using the command:

Solidity is an interactive shell with lightweight session recording and remote compiler support. When you change the solidity pragma/language, it automatically fetches a matching remote compiler.

You can install solidity shell through npm.

Ensure you have the latest version of nodejs and npm installed, then type the following command:

Once installed, run solidity-shell to start the session.

Yash, or yet another shell is a POSIX-compliant command line shell written in C99 (ISO/IEC 9899:1999). It has features for daily interactive and scripting use. 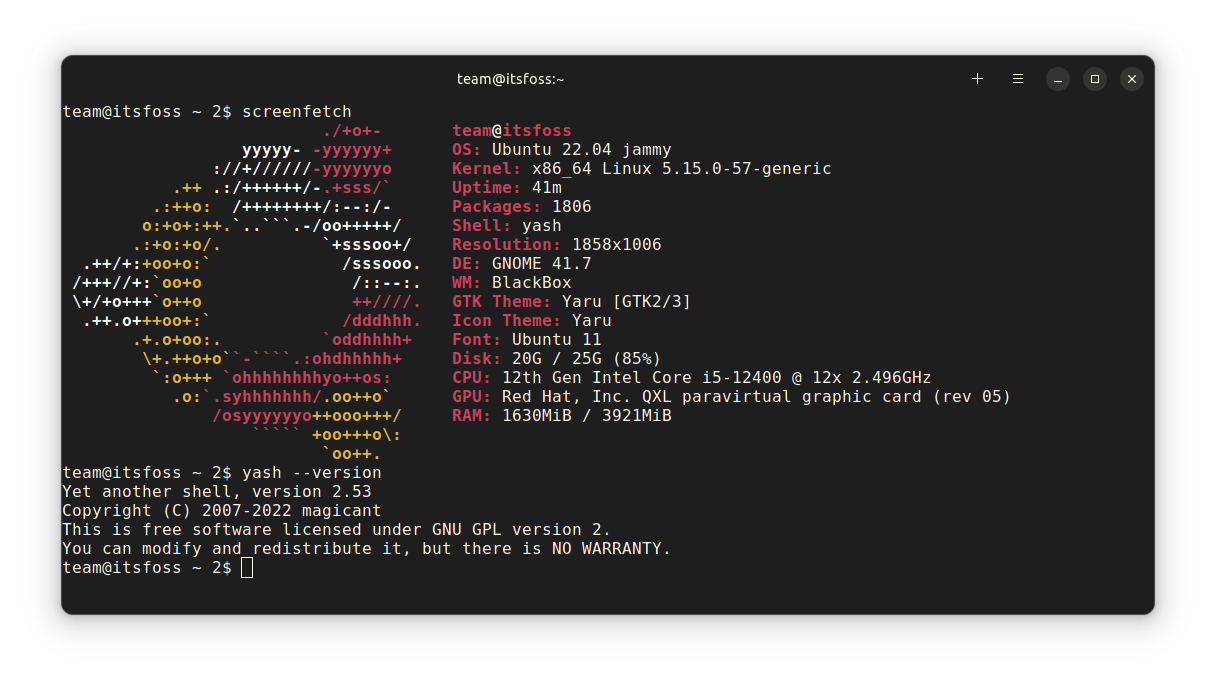 To install the shell, you need to go to their GitHub releases page and download the tar file. Now extract the tar file; inside it, you will find an INSTALL file with instructions to install it.

Typically, you should execute the below command inside the extracted folder.

💬 What do you think about these shells listed? Would you experiment by changing the default shell to some of the options here? What’s your favorite one? Share your thoughts in the comments box below.