How to Install Go Language on Ubuntu


Google developed the Go programing language to create a language that is as powerful as C++ but follows simple syntax like Python.

And because of its efficiency, platforms such as Docker, Kubernetes, and Terraform are written in the Go language.

If you are writing code in Go or compiling a Go-based application, you must install it first.

In this tutorial, I’ll show the following ways of installing Go on Ubuntu:

Let’s start with the simplest and most recommended method.

If you don’t care about having the most recent version, it can be installed with the following command:

You can check if it has been installed, using the following command:

While writing, you get Go version 1.18.1 which is one point release behind the most recent version:

Great! So you have checked that Go is installed on your Ubuntu system. But is it working correctly? Let’s check that by running a simple Go program.

Here, I am going to create a simple Hello world program to cross-check the installation.

I am going to use nano to create and open the file named Hello_world.go:

And my file contents are the following (don’t judge me, I’m pro okay):

Save the file contents and exit Nano by pressing Ctrl + X.

Now, you will have to append the run flag and filename to the command to run the program:

You could also build an executable Go file like this:

That was simple. You have Go language installed properly. Let’s quickly see the removal steps.

Since you installed it from Ubuntu’s repositories using the apt command, the removal is pretty simple.

You can also run the autoremove afterward.

Method 2:  Using snap to install a newer version of Go

This is the easiest way to get the most recent version of any package as you don’t have to go through any complex rather than executing one command.

And Ubuntu comes pre-configured with snaps so why not to benefit from this? Snap can be easily installed on other distributions as well.

To install the recent version of Go with snap, use the following command :

And as you can see, it installed Go language version 1.19.5 which is the most recent stable release while writing.

If you no longer need Go language installed on your system or you are just not into using snaps anymore and want to remove it, follow the given command:

To crosscheck whether it is removed successfully, check the installed version:

And if you get the same error, Go has been removed successfully.

Method 3: Build Go from the source (not recommended)

This is the most complicated method and I do not recommend this. I included it for informational purposes.

To build Go from source, visit its official download page and choose the package for your system accordingly. 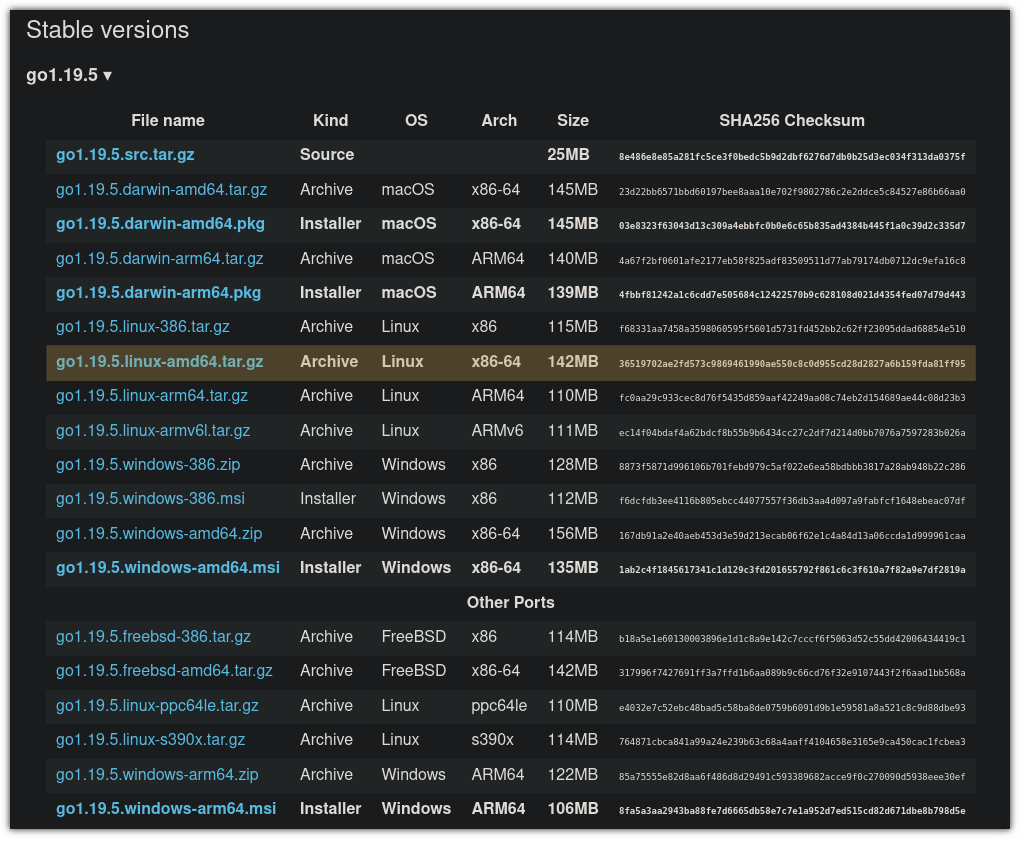 Next, extract the binaries to the /usr/local directory using the tar command:

Next, you are required to set the environment variable so that system can figure out where to look for the Go executable.

So first open the /etc/profile using the following command:

And press Alt + / to jump to the end of a line in the nano text editor and paste the following line: 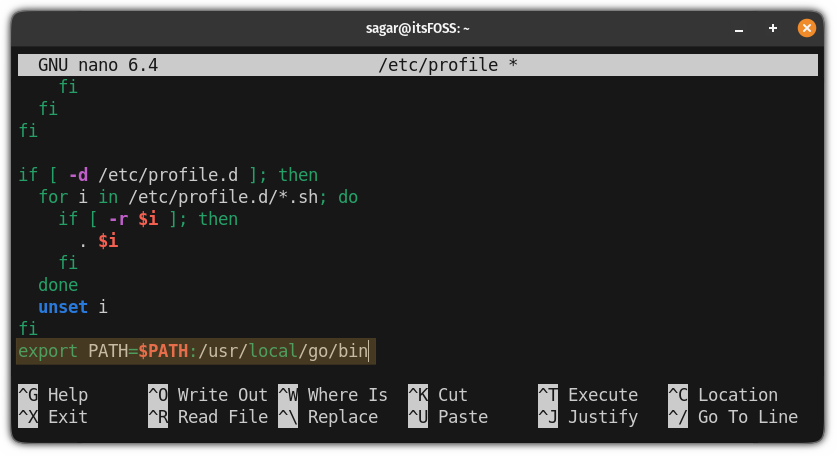 Now, save changes and exit from the nano text editor.

To take effect from the environment path you have just added, you will have to source the file:

Go has successfully been installed on your system. You can check the installed version:

Removing packages installed from the source code is even more complicated. But you can remove the Go from your system by following three easy steps.

First, remove the Go binaries that you extracted while installing:

And third, source the file to apply the changes:

Looking for an open-source IDE to run Go programs?

So you learned to install Go on Ubuntu Linux. You also ran a simple Go program. But if you have to write programs in Go, you’ll be better off with a proper code editor.

I use VSCode for my daily coding tasks but this can’t be the same for you.

So we have compiled a list of modern open-source IDEs on which you can run your Go programs efficiently:

And if you are a VSCode user like me and looking for an alternative, you can use the VSCodium 100% open-source version of Microsoft VSCode.

Please use the comment section for any queries related to this guide or suggestions on what I should cover next.